In 1905, a group of Swedish Baptist businessmen in Seattle, WA, had the vision to establish a school- which they called Adelphia College. Their dream envisioned an academy, a four-year college, a school of theology and a commercial department. Two buildings were built on a site facing Lake Union. They had good enrollment and a well-equipped faculty and carried on their program until they fell on financial hard times due to the lack of applicants during World War I and disbanded in 1918. Those original buildings are now a part of Seattle University.

In 2011, a group of  visionary staff from Lake Retreat Camp & Conference Center were led to re-launch Adelphia as a Bible School for young adults under the authority of Converge Northwest (Swedish Baptist). Having seen the hand of God touch thousands of lives at Lake Retreat, they realized the timing was right to invest in developing young adults to be mature and grounded in their faith through the study of God’s Word. The setting was an ideal place to connect with God with over 50 acres of picturesque lakefront property as the backdrop. 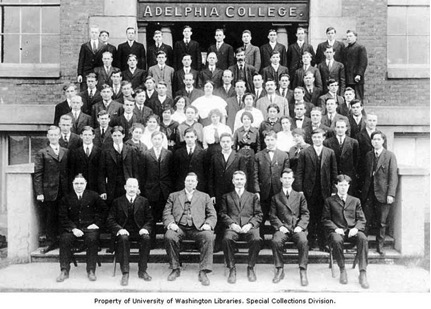 In the years since being relaunched, the Adelphia program has grown to become a full-year Discipleship School that takes students on a journey to deepen and strengthen their faith with the life of Jesus as the model. Along the way, students now develop essential life skills, important work experience, and significant Bible and discipleship training to become more mature followers of Jesus. 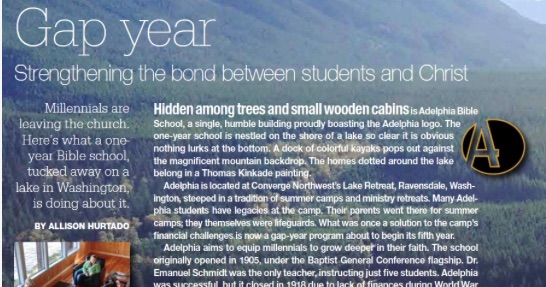